Lock Down Againg : Amid rising cases of deadly corona, is there another lockdown in the state?

While the deadly corona virus is still rampant in the state, rumors were rife that Gujarat would once again be locked down following the rising number of corona cases. The government has made preparations to lockdown in the content zone till July 30. 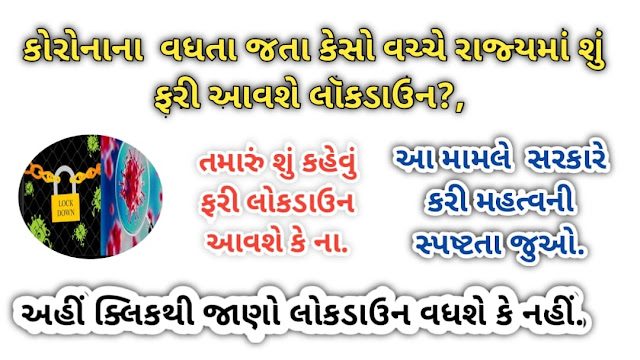 Lock Down News Full Read Gujarati: Click hare
Not only that, people also called each other and inquired about the truth of the matter.  Rumor has it that late in the evening, the state government itself had to make a statement that there was no fact that a lockdown would take place till July 30.  Chief Secretary Anil Mukim did not comment on the lockdown by video conference.  It is to be mentioned that there were rumors about lockdown two or three times before.
- July 12, 2020